Along with all sensible people, I saw Pacific Rim as soon as it came out. I sat there, wearing the biggest and most ridiculous 3D glasses ever to exist (yes, I saw it in 3D, yes, that was a mistake, no, it wasn’t my idea, but it WAS my first ever iMax experience, so…), grasping the nearest male hand (which, fortunately, didn’t belong to a stranger) in excitement, waiting to CANCEL THE APOCALYPSE with Idris Elba, et al.

For those of you who don’t pay attention to films (anyone?) Pacific Rim is a staggeringly awesome action extravaganza about that time in the future when giant monsters invaded the world and, for some reason, needed something better than nukes to take them out, so the humans built giant robots to punch the monsters in the face.

It does that rare thing of delivering exactly what it promised; it’s fun, it’s brutal, and it solidly fails the Bechdel test. 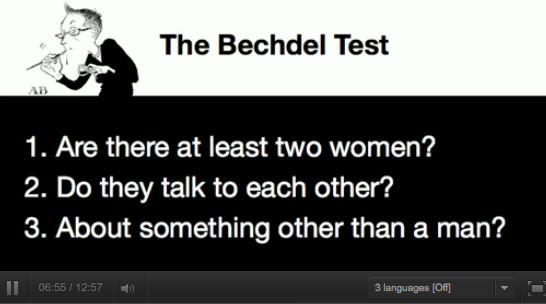 Most of the time, I don’t really care all that much about the Bechdel test (which, in case you don’t know, requires films to have at least two female characters, with names, who at some point talk to each other about something other than men), mainly because there are so many films that should have allowances made for them. For example, When Harry Met Sally fails, because all the women ever talk about is men, but that seems ok given that the men only ever talk about women. It’s a movie about relationships between men and women and that is all anyone talks about the entire time. Similarly, crowbarring a couple of women chatting about the theory of relativity into Saving Private Ryan, just to get it a passing grade, would be hella awkward. 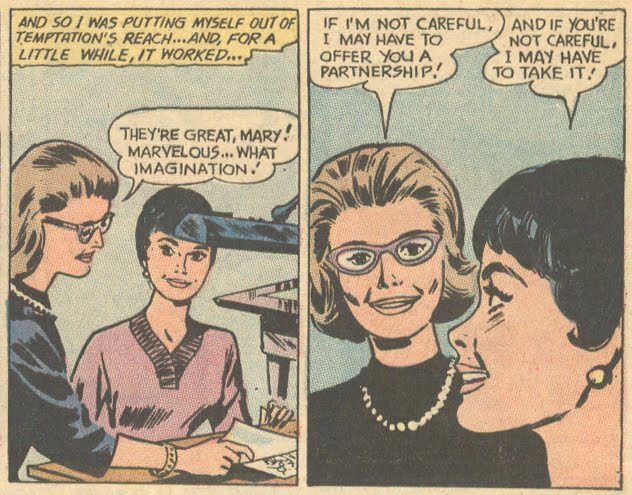 But the problem the test aims to solve, namely that only around 25-30% of speaking roles in Hollywood films in any given year are women, is one that needs to be addressed, and often, and some films stand out more than others for their failures.

Pacific Rim, for me at least, is one of those films. It has two named female characters. They’re both pretty badass, although one is very much in as a daughter figure slash romantic interest, and the other probably has fewer than five lines.

Which is all pretty standard fare, really, but what made it grate more than it often does, is that this is a film set in the future. Obviously, that’s true of a lot of films, but whatever, it was this one I noticed, so that’s the one I’m talking about it, you just shush.

The problem I have with futuristic action films failing the Bechdel test like this is as follows:

If you tell me a story that involves there being more male ass kickers than female, and it’s set in the here and the now, I’ll probably buy it. Despite the fact that a bunch of rad Zoe Bells and Gina Caranos, Buffys and Sydney Bristows there’s still a perception that fighting is the men’s job. Women that do wield a fearsome uppercut or roundhouse (those are things, right? Fighty things? Can you confirm this for me, menfolk?) are still met with a shock that has three distinct stages: derision, belligerence, and finally, grudging respect.

So that’s the situation today. Women are still fighting to be recognised as able to fight.

What films like Pacific Rim suggest, however excellent they are in other respects, is that the situation won’t have changed much in the next ten, or twenty, or fifty, or a hundred years.

When Charlie Hunnam’s Raleigh is facing up to Rinko Kikuchi’s Mako in a training session, he still feels the need to say “I’m not going to go easy on you,” in spite of the fact that he knows she’s been training as a giant robot badass her entire life. Why?

Why were both the scientists men? Why are there seven male giant robot drivers (I know they’re called Jaegers. I don’t care.) and only two who are women? Why did I see no women milling around in the hordes of people who worked at the giant robot factory?

It’s possible that one of the things holding filmmakers back is that they don’t know what to do with a female action hero. They’re either highly sexualised, ill-advisedly taking names in stiletto boots and mini skirts, or they’re boobed replicas of men. It’s an interesting quirk that equality is often misinterpreted as homogenisation; exploring diversity becomes risky, and pointing out how one person is different from another is mistakenly seen as portraying them as inferior.

Every character who goes on a beating people up spree will have their own reasons for doing so. It might be vengeance, it might be a rescue mission, it might be a mental breakdown caused by being a couple of minutes too late for breakfast. What they do, and how they react to what others do, is going to be because of who they are; whether they grew up in Chelsea, or in the Bronx, whether they came from a happy nuclear family, or were raised by an alcoholic single father, whether they like Taylor Swift or prefer Muse. Your gender is part of who you are as a person, therefore it affects what you do.

That doesn’t mean, however, that women in action movies should be translators or nurses or victims, any more than they should be hard-ass mofos with eager trigger fingers. It just means that their motivations and attitudes might be slightly different than those of their male counterparts.

Sarah Connor becomes a badass, for example, because she is a mother. The moment it happens is in the last few minutes of The Terminator when she places her hands on her belly, and realises that she cannot coddle or dote on her unborn son, that she has to raise him as a warrior. If it had been Kyle Reese who survived to raise John Connor, his intentions would have been the same, and his connection to John would have been as strong, but it would have been different. Not better or worse, just different.

Women have just has much reason as men to want the world saved from rampaging giant monsters, and they are just as likely to want to be the ones doing the saving, and to be physically and mentally capable of doing so. Is it honestly too much to expect them to eventually be allowed to join the party?

I don’t mean to lambaste a film I thoroughly enjoyed for neglecting this one area. And I don’t mean to wank on about equality for women when there are so many other groups receiving so much less equality. It’s just a thing I noticed, and thought was worth mentioning.

I was an actress once, and the lack of interesting roles for women was a daily frustration. It was understandable; so many plays were written in a time when acting was a less than respectable profession for a woman, so having more than two or three women would have been a real difficulty. But it’s disheartening to see that that tradition, which was bred out of a brutally, ludicrously patriarchal society, is continuing today. I like to imagine a future in which the situation’s improved. It would be nice if the people with the money and the power were imagining the same future as I am. It would be nice if we could one day stop fighting for the right to fight.