So You’ve Decided to Be a Famous Author

I am not very good at earning or keeping money. I mean, I may not be that bad at keeping money for all I know – I never earn enough that keeping it is a question.Over the years, whenever I discovered myself in desperate need, the only solution my brain would present me with was “ooh, I know, write a book.”

I want to point out that this was in response, not to needing to one day in the future have a source of some kind of income, but to needing money now, right now, so that I’d have enough in my bank account for my phone bill to come out tomorrow so the bank wouldn’t charge me £35 pounds for being too broke.

SIDE BAR: that’s what banks do when you don’t have money. They ask for more money. I found out recently that it costs £500 to declare bankruptcy. THAT’S RIGHT. YOU HAVE TO HAVE 500 MONIES TO OFFICIALLY TELL THE WORLD YOU HAVE NO MONEY. Imagine hitting rock bottom, having creditors pounding on your door with their leg-breaking tools at the ready and having to think “ok, there’s nothing for it, I’m just going to have to save up a few hundred quid in order to end all this once and for all.”

Anyway, so in the midst of being just unbelievably broke all the time, I did write a book, and a couple of years later, that book was published, so I am now a “novelist”or “author.”

You’ve seen people like me in the films. They’re usually grumpy and shiftless, and they keep getting calls from their publisher asking for their second book, and they lie about how well it’s going. They smoke moodily, and screw pieces of paper into balls, and they do all this in really flash houses that they bought with the many thousands they got for their first book.

The thing about those lucky, fictional bastards, is that some of them do exist in real life. Just a handful. Sometimes a debut novel goes to auction between the big publishing houses and sometimes a debut novel sells for six figures. And sometimes it sells a hundred thousand copies in its first six months, and gets immediately optioned for a lavish film adaptation and wins hefty prizes and pretty much changes its author’s life.

But first, you have to write your actual novel. 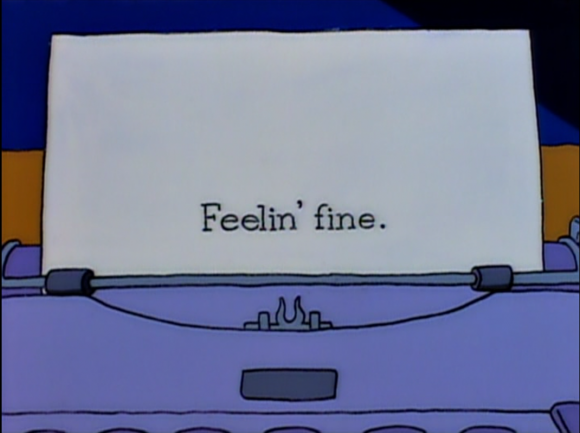 You’re going to find is that writing a novel is really hard. There are a lot of words to write, and once you’ve written them, you have to read them. This is the very worst. Then you have to write them all over again.

After a year or two or ten of torturing yourself into producing the twelftieth draft, you have to find an agent. (I skipped this part, but it’s generally recommended.) This also takes a long time – most agencies request that you don’t submit to more than one place at a time, and they can take up to three months to get back to you. Once you do find an agent, they’ll give you a bunch of notes and make you rewrite the book again.

Bear in mind, this is a book that’s already been rewritten several times, by you. Then they’ll try to sell the book to a publisher, and when they manage to do that, you may get a bit of money. Maybe you’ll get a few thousand pounds. Maybe you won’t. Either way, then you have to re-write the blasted book again.

You have to wait for your royalties – which you won’t get until the book has sold enough copies to earn out your advance. Even then, they usually paid out twice a year. Yep – forget monthly pay, bitches. Try six-monthly pay on for size. Average royalties are between one and ten percent of the net price – in other words, what booksellers pay the publishers. They may be as low as 30p a copy – and you’ve no way of knowing how many copies have been sold.

Surely They Give You a Printout or Something

The only guide you have on sales is your Amazon author page– which is no guide at all, really. It lets you see your ranking on (and only on) Amazon – so there are endless hours to be spent refreshing the page and wondering just how many copies you have to sell to be the 10,000th most popular book in the Kindle store. And there’s no finding out how many copies are selling in real live bookshops.

(Real way I’ve tried to figure out how many copies of my book have sold: I saw somewhere that a book that came out this year had sold almost 100,000 copies, so I divided that by the number of Goodreads ratings it had, then multiplied MY Goodreads ratings by that amount. The number came out: low. The science is not exact.)

What About if There’s a Film? Like in Californication

Maybe someone will option it for a film. If they do that, you get a small payment for the option. Maybe a couple of thousand pounds. But they’ll only buy the actual rights when the film goes into production. (The word “when” here means “if” because loads of optioned books never actually get filmed.) 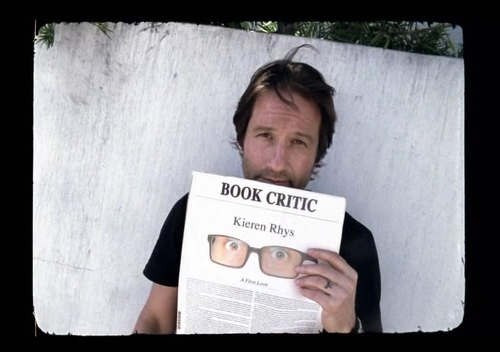 So How Much Are We Talking Here

The cold, unwelcoming truth is that the average author in the UK earns about £11,000 per year from their books. Most won’t even be able to consider writing full time until they have royalties coming in from at least four or five books – that means four or five books that continue selling long after they’ve stopped getting any publicity. That means several years of squashing writing in around a normal job, trying to claim whatever time you can without all your friends getting annoyed at never seeing you, and no real guarantee that you’ll ever be able to make it a full time thing.

I know this has been depressing. I’m sobbing into a giant chocolate coin right now, and I wish I could be sure of a Noel Streatfield ending right around the corner. I write because I love stories, and I love words, and building characters and making them do things is fun. But I also want to work for myself because, like a lot of creative people, I’m an impatient malcontent with a profound dislike of being told what to do.

It’s going to take years or a miracle for me to live off books completely but I’ve at least started off in the right direction. And if I ever get this second book finished, I’ll be a little further along.

Now if you’ll excuse me, I need to slip into a gin-soaked malaise for the rest of the day.

Eager to feed Janina? You can buy her debut novel Of Things Gone Astray here, and you’ll find that it’s very good.