Jennifer Cownie: The Brains Behind #YourMum

Jen Cownie is a digital planner, an avid reader, a prodigious drinker and a dear friend. She is also the reason #YourMum is trending today.

We have been friends since we first started working together, almost two years ago, and the agency we work at has recently hired her back as a freelancer. She’s widely considered to be excellent at what she does, and I’ve even heard someone say that “The best thing about Jen is that she’s so often the smartest person in the room, but has too much grace to lord it over anyone.”

Which is why, obviously, her last campaign as Penguin’s planner (which has gone live after her departure) scans a little strangely.

Evidently, I’m not the only person to think so. 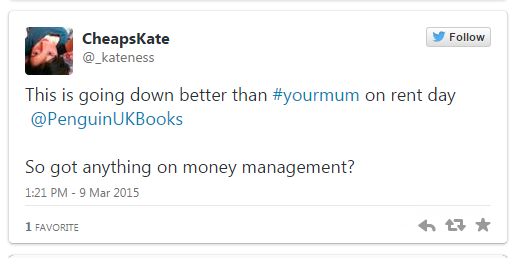 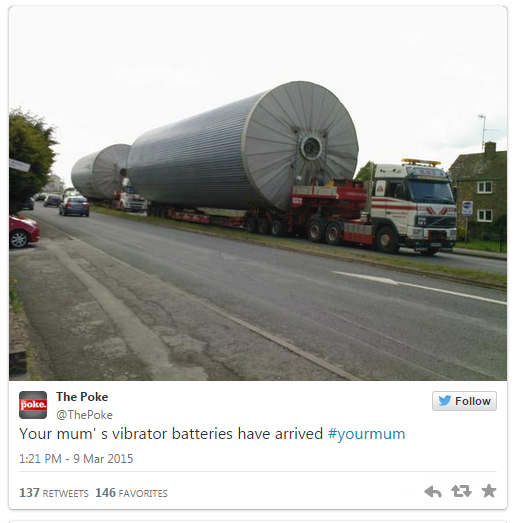 In the last hour, the Independent has covered #YourMum. So has HuffPo. The Mirror. All media everywhere is all over #YourMum. Luckily, Jen is the kind of person who you can say “oh my god, can I put this on my website,” and she answers, “absolutely, yes.” So I asked her a few questions about it over lunch.

So. Jen. You’re the digital planner that’s responsible for #YourMum. Talk us through how that happened.

Well, Mother’s Day is kind of a big deal for books. People give their mothers gifts on Mother’s Day. Books are great gifts.

I was working at Penguin until recently and I was asked, at rather short notice, to come up with a campaign. Like any good strategist, I did some thinking about the role the brand could usefully play in encouraging people to give books as gifts, etc. etc. There was a team brainstorm, we all ate lots of chocolate fingers and maybe made jokes about Oedipus.

Anyway we came up with a plan for what we were going to do and I wrote it up. I called it #YourMum as a work in progress title to indicate that the campaign name should be a bit odd and provocative. It was a plan that I was going to come back to and finish and make great (and maybe not call #YourMum? Or maybe call it that? Who knows?) BUT I ended up leaving the company rather suddenly so that didn’t happen.

I have no idea what happened after I left but I didn’t really expect it to go live with that name. I totally love that it did, though.

Wait, so you didn’t even mean to call it #YourMum? So the theory that Penguin wants us to make filthy #YourMum jokes to bolster their brand visibility is a crock, and really, someone just found an old project you worked on and said “yeah, this’ll do”?

Well OBVIOUSLY like any young citizen of the Internet, I have no greater aspiration than to be responsible for a beloved heritage brand tweeting a phrase which lends itself to hilarious jokes. But who really thinks that it would ever actually happen in real life!? You work in digital, you know how many millions of people are involved in signing things off. Usually the lols/inappropriate jokes get sucked right out of everything. If I had still been working there I’d probably have been wracked with anxiety about whether or not I could legitimately put a hashtag like that out there. As for what happened, I seriously have no idea whether it was intentional or just somehow slipped through the net.

To be fair, Penguin USA dressed the Penguin up as the Marquis de Sade for Valentine’s so there’s definitely a precedent. 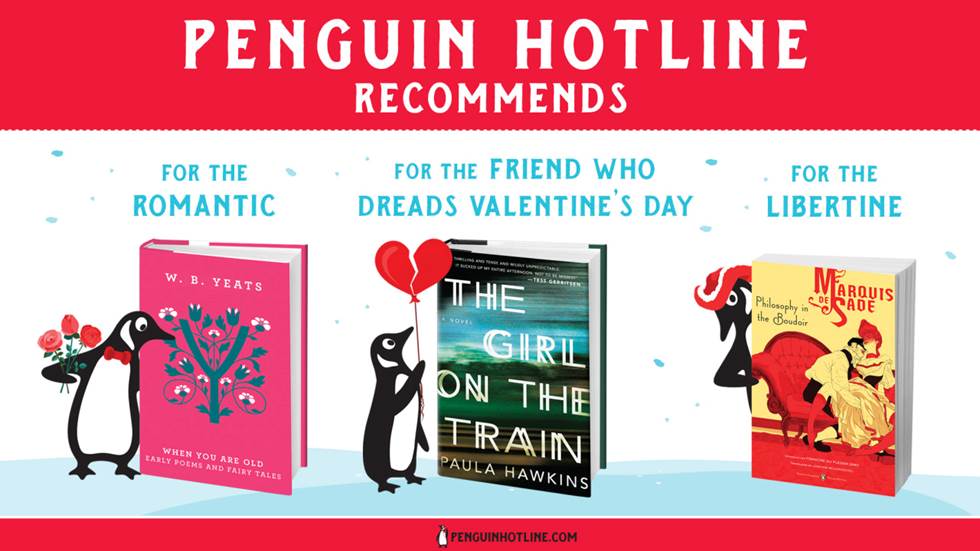 I DO work in Digital and I DO know how many people it takes to sign something off. If a joke I write makes it through the various internal/external nets I punch the air in glee. It’s weird though, cos as a Social Media Manager, the burden kind of rests on my shoulders for this kind of thing. I have more than once had to read a tweet where someone has said “So-and-so should FIRE their Social Team”. Maybe I’ve left a typo in a tweet, or maybe they just didn’t like the product we were pushing. But because my job happens on a live platform that hundreds of thousands of people see, they are all entitled to say that I should be fired. And it’s a little scary, y’know? Being the literal human being that is attached to the brand, blushing furiously at your desk as your eyes well up and people try to fire you.

This is just a long way of saying, don’t you agree, Jen, that our jobs are HARDER than people THINK?

They ARE. They are super hard. I am genuinely in two minds right now. On the one hand, super proud. On the other, sort of squirming in my seat with awkwardness, you know? I think on balance I’m leaning more towards being really very pleased that this has happened (made easier, I am sure, by the fact that it is actually impossible for me to be sacked for this), but there’s still that vestigial feeling of dread. In fact, I’ve just emailed my mum to ask her whether I should be proud of myself or ashamed. She will know the answer.

If it helps, I am very proud to know you. And you have a lovely dress on today.

It helps a lot. And I’m totally putting #YourMum on my CV.

Jennifer Cownie is a freelance digital planner and so is #YourMum.