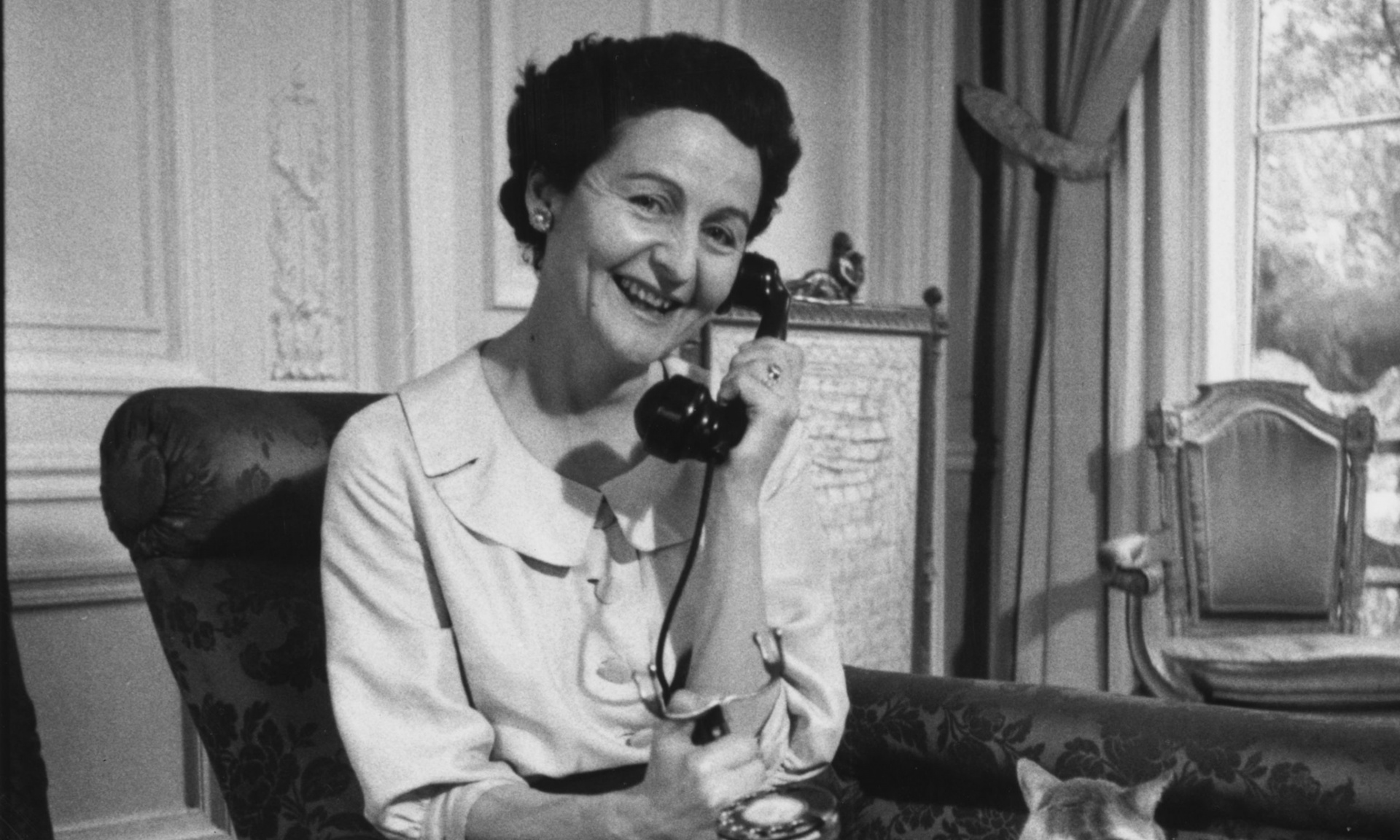 This I know: Nancy Mitford lives in the Minor Arcana, not the Major. She’s not interested in meditating on the meaning of Strength or Temperance or The Emperor, because big ideas are a boring distraction from the tender grey meat that is only found closer to the bone. Nancy pulls predominantly rods and swords.

Nancy likes making fickle judgements about flawed people. Nancy would do you a tarot reading at a party, but the reading wouldn’t be for you as much as it would be for the benefit of the other people in the room, particularly the women and gay men with whom she has longstanding connections. Your tarot reading from Nancy Mitford is a another performative gesture in a long line of brittle performative gestures, but god, the performance is good.

I recall the Five of Rods 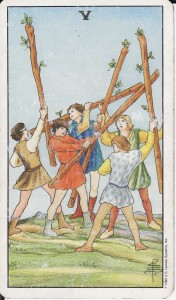 The five Forthingays – and there were five, before poor old Adolphus pootled off to war and got himself killed – grew up half wild in the countryside with only a harassed-looking governess for company. Even now, I recall coming up the drive to find all four of the remaining Forthingays beating each other senseless with sticks, little Daralina crying her pretty eyes out as she tried, again and again, to stand up.

“Let me up!” she cried to her sisters, as Ninny, Pines and Wradlacka each took their turn breaking her legs, before dislocating her shoulder and shattering her elbows.

Daralina was the dullest of the Forthingays, and the plainest (for, even in her prettiness, it was clear that all four would go on to be great beauties) and so was destined for brute torture. It was all a tremendous gas.

I recall the Eight of Swords 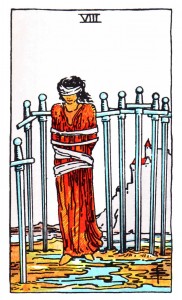 I recall the Two of Cups 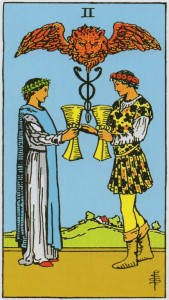 Of course, Fa was never going to consent to Willhemina marrying Lord Fischer, but she carried on with him all that summer regardless. The Fischers, of course, came from Germany, having arrived during the Prince Regent’s year-long belief that sausage could stave off polio, scurvy, and whooping cough. We all believed their season would pass, but before you could say “cylinder meat”, Lord Fischer’s grandmother had installed herself at the Brighton palace. Despite years in the country, the Fischers had never quite lost their air of conspiracy, nor their resemblance to swine. Fa despised them for it.

I recall the Five of Cups 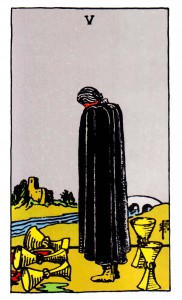 Oh, darling: you’re not wearing that to the French embassy, are you?

I recall the Nine of Swords 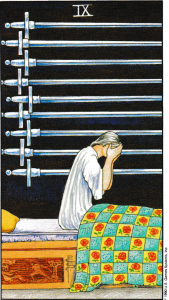 You simply must stop this dreary crying, dear – it is such a bore. Why, if I cried every time I lost a suitor to the Duchess, I would have stayed in bed for the entirety of the Boer War. She’s a thief, my girl, and a good one. All is not lost: put on your best crinoline and come downstairs, for I’ve cooked up a plan that will win the General’s heart back, and my mother’s diamonds to boot!

I recall the Six of Swords 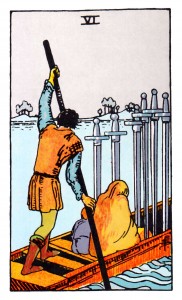 “Abroad!” Roared Fa, who was now in such a fever that the pheasant living under his cap awoke and flew off. “I am not going abroad!”

But he had to, so he did, and found our Dinny as a housekeeper in her married lover’s palacio, full of tuberculosis and quite ready to come home.

I recall the Three of Rods 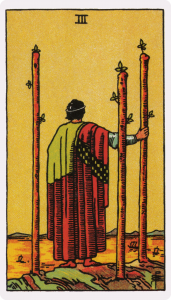 There was no two ways about it: her season in London had been a failure. The lunches had been a bore, and the dances an endless dreary exchange of whiskered old men who were forever coughing emeralds at her, and not even large emeralds, at that. She had thought of nothing clever to say, and had overheard at least three devastatingly cruel yet completely accurate remarks about herself that would shape her self-regard forever. There was nothing to do now but wait in Brambledeen Hall: wait, with the patience of a leper, for a life that was never going to come.